Robert is the Managing Director and Senior Production Manager for Hunte Limited, with over 15 years experience in the theatre and event industry in Auckland. 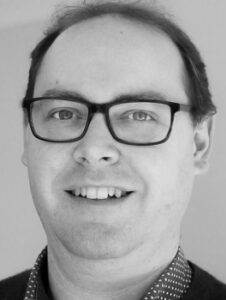 , Hunte Limited can be contracted to take ownership for the realization of a client’s productions; liaising between director, designers, suppliers, venues, and other stakeholders to ensure performances are staged to the highest standards. Some of Hunte Limited’s clients include: New Zealand Opera, Auckland Theatre Company, Tim Bray Theatre Company, Auckland Arts Festival, ASB Waterfront Theatre, and Q Theatre

Prior to starting Hunte Limited, Robert was the full-time Production Manager for Auckland Theatre Company and had previously overseen the Production Design & Management major of the Bachelor of Performing and Screen Arts at Unitec Institute of Technology.

Robert returned to Unitec after 8 years  as a freelance theatre technician in Auckland, specializing in lighting console programming and live performance operation. In that time he worked on a many number of performances working with a large variety of production companies.

During this freelance early freelance career was the primary technical operator for Auckland Theatre Company, working on many of their main-bill shows. He has also worked for almost every professional venue in Auckland as a casual crew member in a variety of roles, and had the chance to tour shows to a number of venues around NZ.

Robert continues to maintain strong industry links and is regularly called on for production and technical support in a variety of roles, from working as a crew member to assist with the installation of a theatrical system to providing specialist support and guidance for theatrical control systems.